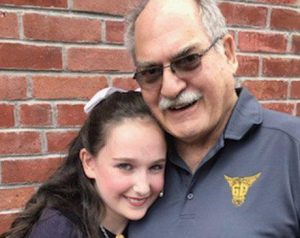 Dr Herman has been a Board Certified Internal Medicine specialist since 1981.
He served on active duty in the United States Army for twenty years, retiring as a Lieutenant Colonel.
He is a 1968 graduate of the United States Military Academy at West Point, NY.

He served for five years as an Armor officer with duty at Fort Lewis, Germany, Vietnam, and Fort Knox.

As a Tank Company Commander at Fort Knox, CPT Herman’s company trained tank crewman who broke all previous records in the Armor Stakes final examination for five consecutive training cycles in one year. As a First Training Brigade operations officer, at Fort Knox, CPT Herman served as the principal action officer in a truly revolutionary revision of the Army Subject Schedule for training Tank Crewmen. He had previously served as a Tank Platoon Leader, Tank Company Executive Officer, and Squadron Motor Officer in the Eleventh Armored Cavalry Regiment in Vietnam. He sustained multiple wounds in combat, while serving as a platoon leader, and was hospitalized in Vietnam for one month before returning to lead his platoon in War Zone C at his own insistence.
He is Airborne and Ranger qualified.

Dr Herman was accepted for admission to the University of Kentucky College of Medicine in 1973 and had the privilege of attending medical school, with funding from the Army Surgeon General, while on active duty. He was a Distinguished Graduate of his medical school class in 1977and had been elected to the Alpha Omega Alpha Honor Medical Society in his senior year.

Dr Herman completed an Internal Medicine Internship and Residency at Walter Reed Army Medical Center in Washington, DC in 1980. He declined multiple offers to continue his post-graduate medical education at Walter Reed, asking instead to serve as an Internal Medicine physician at Fort Stewart. While at Fort Stewart, Dr Herman was appointed 24th Infantry Division Surgeon, where he served for two years with great distinction, and subsequently served as the Chief of Medicine at the Fort Stewart Army Hospital.

On retirement from the Army, in 1986, Dr Herman worked for five years as an Emergency Medicine physician at St. Joseph’s Hospital in Savannah.

He began his practice in Savannah as a solo practitioner of Internal Medicine in 1991. He had an office on Mall Boulevard in Savannah up to January 2011 when he took a leave of absence due to family illness. He re-established his medical practice in 2015.

Font Resize
Contrast
Accessibility by WAH
Call Us Text Us